Once upon a time muscle cars were about putting the largest torque-wrenching motor inside of a small or midsized car–style and comfort be damned! Power was everything. Chances are that car didn’t have all of the niceties that we now take for granted. But not anymore, the total package is what many desire from their muscle cars, including power, style, handling and comfort. 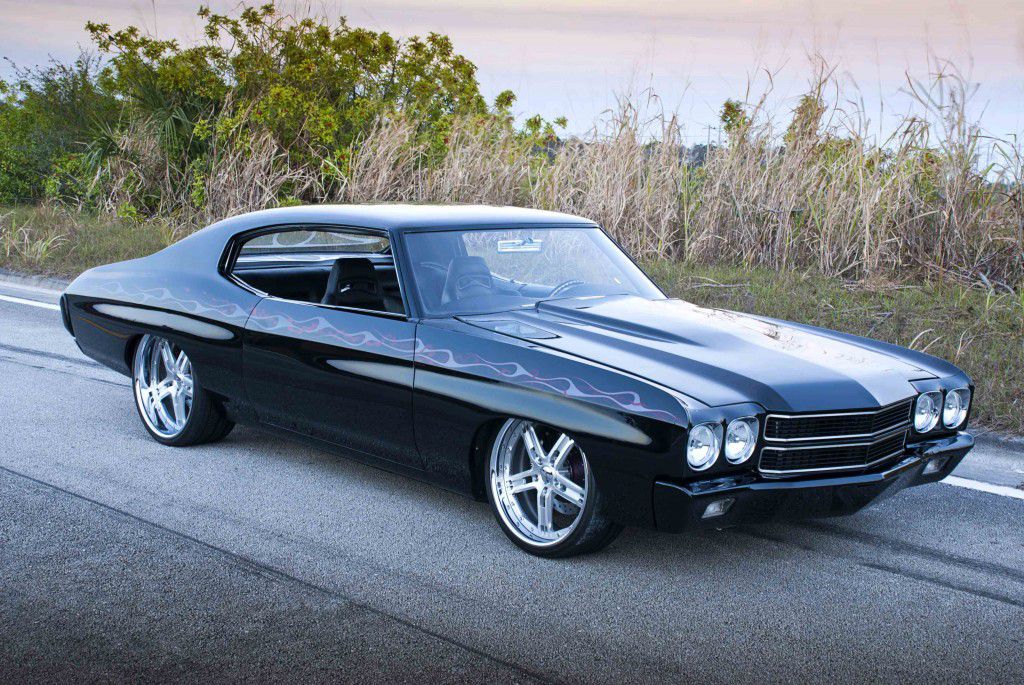 Nick Martorano of Lighthouse Point, Florida, sought to take his clean but outdated ‘70 Chevelle to the next level. He wanted to bring modern technology into the classic body by way of horsepower, a stylish and modern amenity-filled interior and more. Nick Martorano brought the Chevelle up the Florida coast to Deerfield Beach and left it in very capable hands at Miranda Built for a full frame off build. 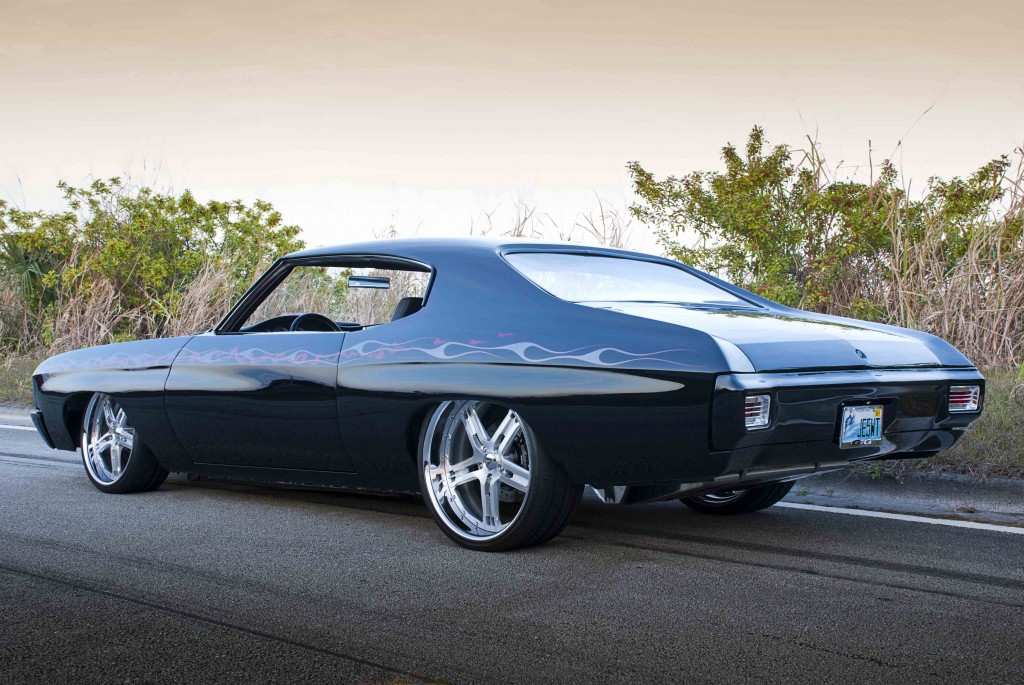 The first step was the frame and suspension. The crew knew that there would be plenty of horsepower under the hood, so they set about strengthening the nearly 40-year-old frame by boxing it in and added bracing throughout and a new transmission cross member. A Currie Enterprises Ford 9-inch rearend was outfitted with 3.70 gears and 31-spline axles to get the tires roasting. For ride quality, adjustability and tight handling around corners, a Ride Tech rear A-Body air setup with tubular trailing arms and ShockWaves was installed. ShockWaves were also used up front with custom control arms. A Wilwood hydrobooster was attached to custom-bent stainless steel brake lines and hooked up to Wilwood six-piston calipers encompassing 14- and 13-inch rotors. Finally, 20 x 8.5- and 22 x 10-inch GfG multi-piece wheels and 245/30R20 and 295/25R22 Nitto Envo tires were bolted on to complete the chassis work. 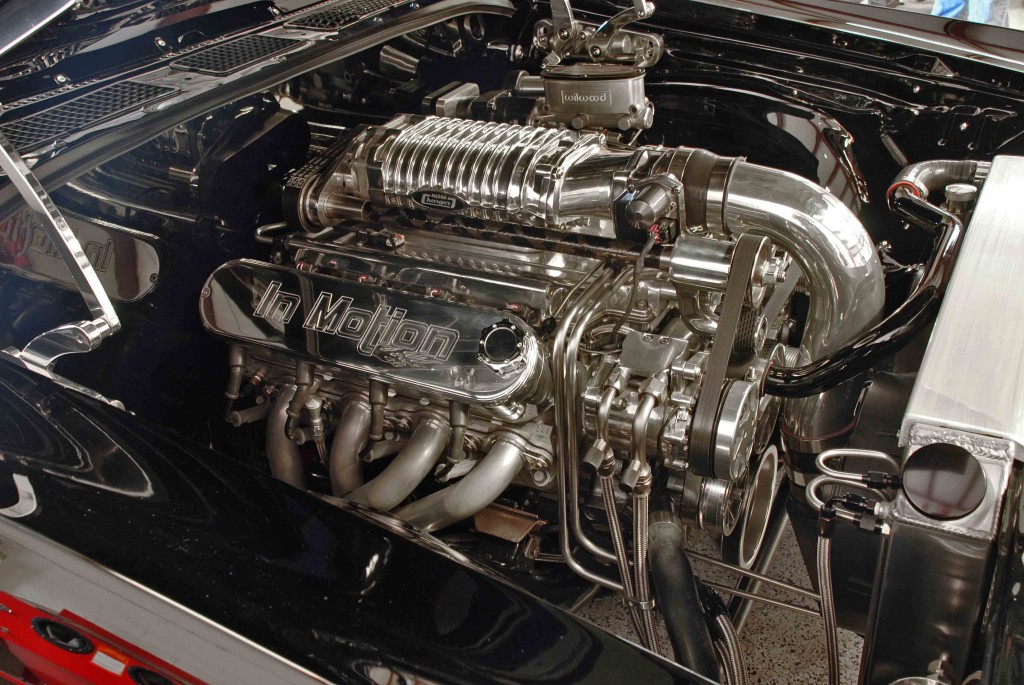 A 2008 LS2 was robbed and installed with a Magnuson supercharger and plenty of billet goodies before being stabbed into the Chevelle putting out over 600 hp.

With any muscle car, the most important aspect is, of course, power. It truly is what’s under the hood that counts. Everything under this Chevelle’s hood was tossed aside for a fresh start in the form of a 2008 Chevrolet LS2 engine wired up to the classic muscle car using a Current Performance engine harness and American Auto Wire kit. But Nick was not satisfied with the modern power, he wanted more and Miranda knew just how to maximize the horsepower from the LS2. A COMP Cams camshaft and a Magnuson supercharger were installed hitting 10 psi of boost for 600 hp attached to a custom formed intake. The engine was dressed up with billet Abear Machine coil covers, Hooker headers, dual 13-inch fans and a high output alternator and billet pulley setup from Synaster. The built LS2 is backed by the 4L80E transmission with an American Billet torque convertor with a 2,800 stall speed and Trans Co. shift kit. For shifting purposes, an electronic button shifter from Retrotech Speed was installed into a custom center console. 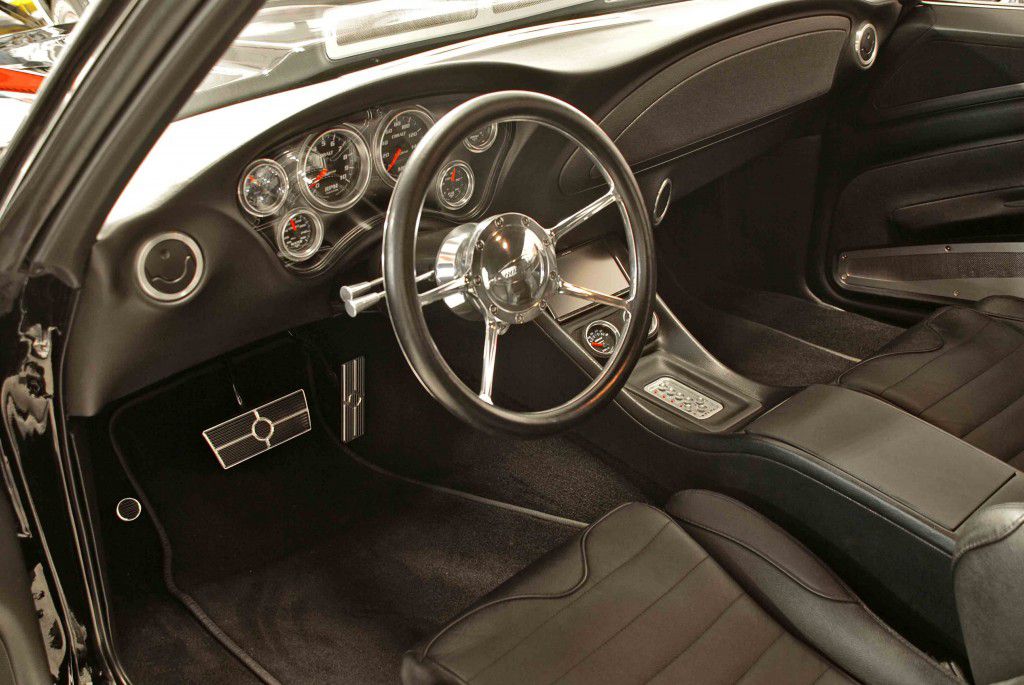 The rest of Nick’s Chevelle is no slouch by any means. The interior is full of one-off trick panels and work by the crew at Miranda Built. The entire interior was torn out and junked. Rather than replacing it with restoration parts, a one-off interior worthy of the rest of the build was created. A pair of Corbeau racing seats was wrapped in black leather by Tommy Nast sitting on top of Mercedes-Benz black carpeting. The dashboard was custom fiberglassed by The Shop and outfitted with Auto Meter Cobalt gauges, Vintage Air air-conditioning vents and a Budnik Gasser steering wheel before being sprayed in flat black to match the custom center console housing the Electric Life power window switches, air ride control and shift buttons. The custom door panels were the piece de resistance: created from MDF, fiberglass and outfitted with Billet Specialties door handles and custom mesh inserts. Under the trunk lid, a set of Alpine 600 x 2- and 500 x 4-watt amplifiers power the JL Audio subwoofers and speakers installed by The Shop. 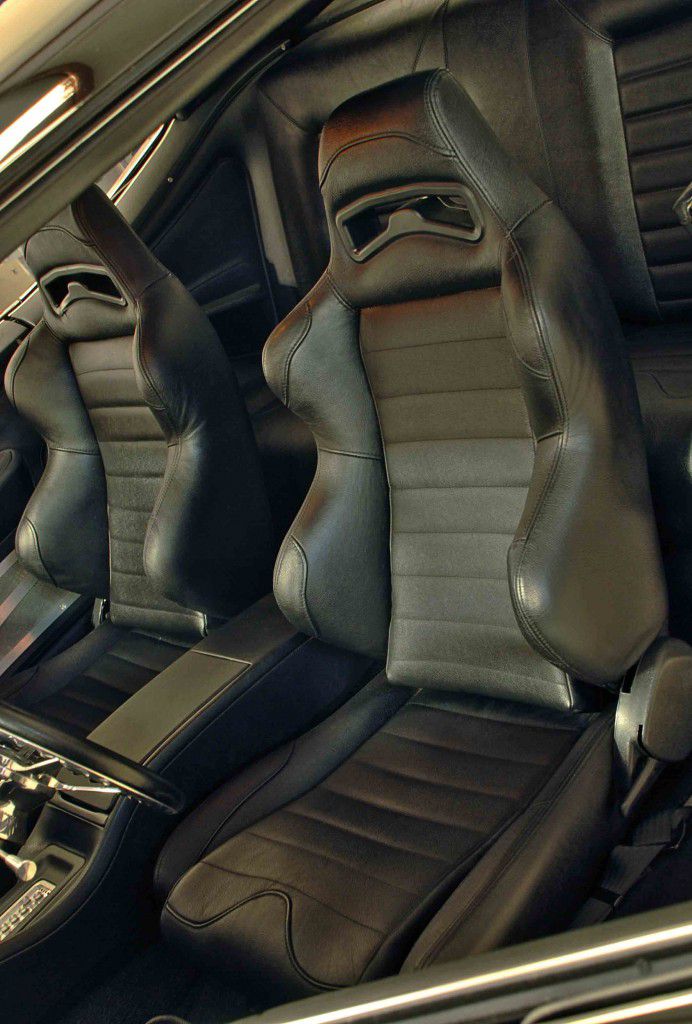 Slick was the name of the game for the exterior of the Chevelle. The door handles, side marker lights, bumpers and mirrors were shaved smooth at Miranda Built, where the crew also made the custom rear taillights. Once the classic body was smoothed out completely, it was dropped off at ERod Customs where Eddie sprayed the straight body PPG Pure Black before Bones Designs came in to airbrush charcoal flames and candy apple red real fire down the sides of the Chevelle, amplifying the speed aspect of the muscle car so that it looked fast even while standing still. Now  Nick can open up the 600-hp blown LS2 and roast the tires down the Florida south beach coastline. 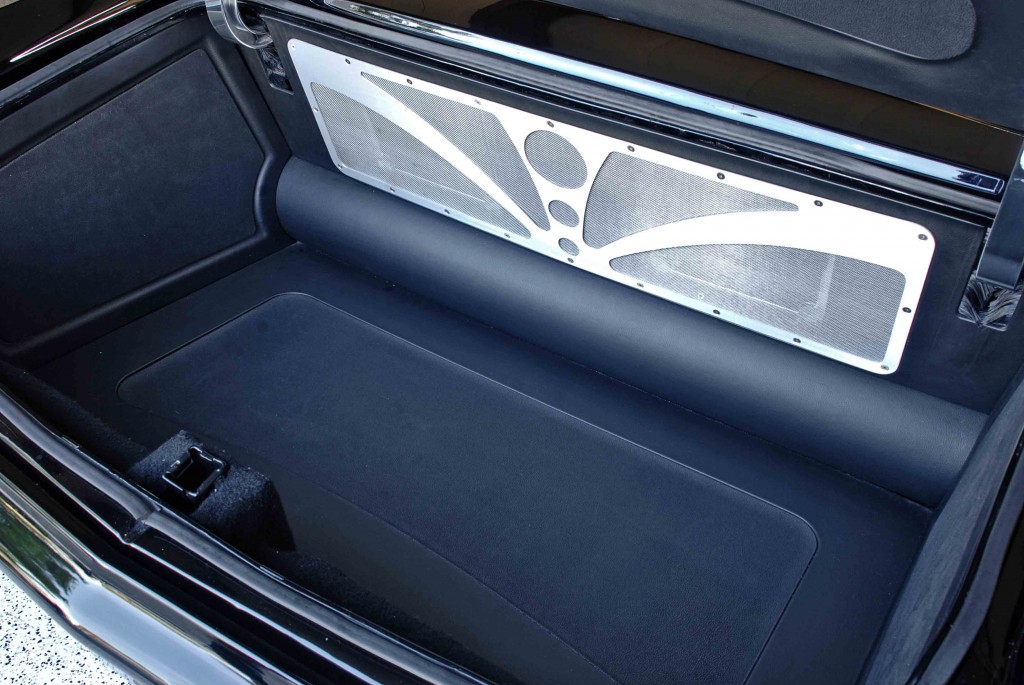 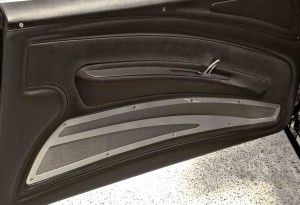