Building a custom car is a pretty tall order. Add to that mix the fact that the car is a â€˜53 Cadillac roughly the size of a city bus and the job gets exponentially harder. Then add to that a dark paint color that shows every ripple and imperfection and the job becomes nearly impossible for a mere mortal. But that is what Johnny Hollyday wanted, so he called around and finally found a shop with enough confidence to take on the task, American Hot Rods in Anaheim, California. 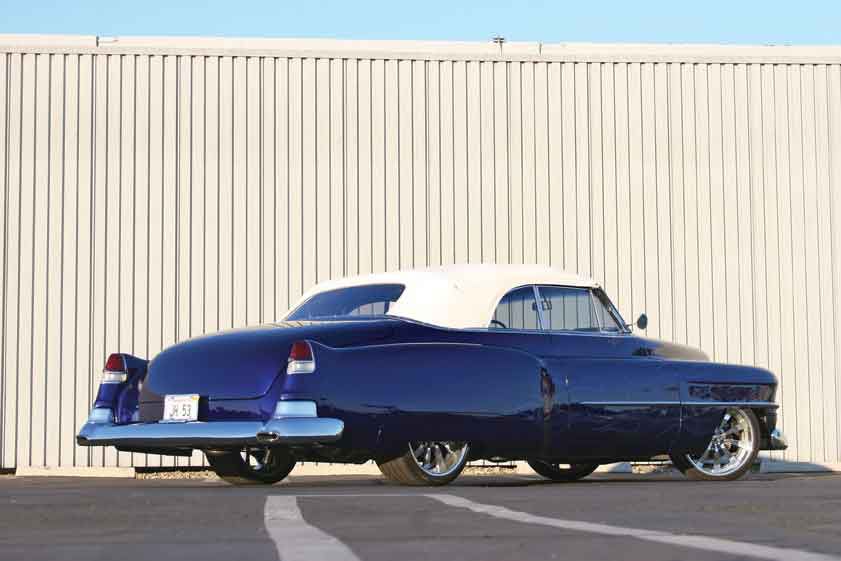 The crew at American Hot Rod is no stranger to the business of building hot rodsbecause the majority of the crew used to work for the legendary Boyd Coddington in his La Habra, California,shop. Upon taking the job, they began searching for a solid car to start with, and they actually ran across a suitable convertible, so they jumped on it.As soon as they got it back to the shop, the crew started pulling it apart. 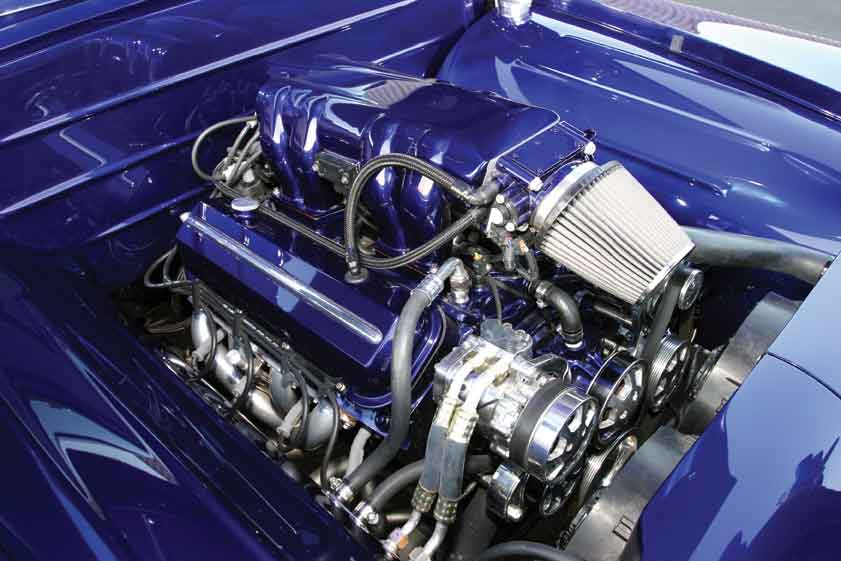 It takes a lot of torque to push a car this big down the road, but the GM Performance Parts Ram Jet 502 doesnâ€™t have any trouble with 565lb-ft of peak torque.

They began with a new chassis built to order at Art Morrison Enterprises. Then they moved on to installing a set of American Hot Rod frame rails and all of the crossmembers, including the one for the C5 Corvette front suspension. The team hung a custom-built 9-inch under the back and suspended all four corners with a set of coil-overs before crating it up and sending it down to American Hot Rods. Once down in Anaheim, a set of Wilwood disc brakes was added front and rear, and a set of 20-inch Boyds wrapped in 225/35/20 front and 275/35/20 rear Continental tires was bolted to the corners. 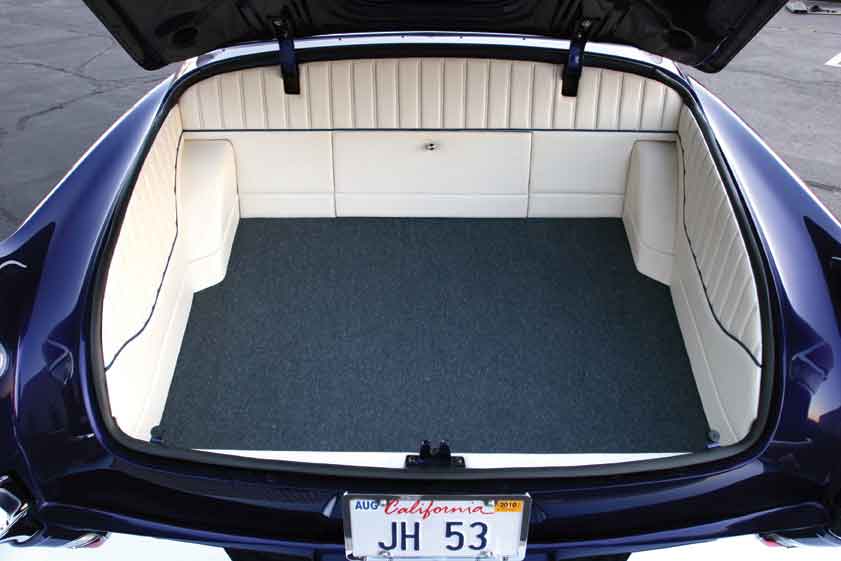 The inside of the trunk features the same white leather and blue low-pile carpet that can be found between the doors.

To power the Cadillac down the road they were going to need a power plant with a healthy helping of torque. For that task the American Hot Rod crew decided to go with a GM Performance Parts Ram Jet 502 that had been fit with a Billet Specialties True Trac system to run a single serpentine belt for all of the accessories, K&N fresh air intake, PRC radiator, Sanderson headers, Magnaflow exhaust and a slick coat of House of Kolor Cobalt Blue. The big-block was backed by a GM 4L80E transmission and a Powertrain Industries driveshaft. 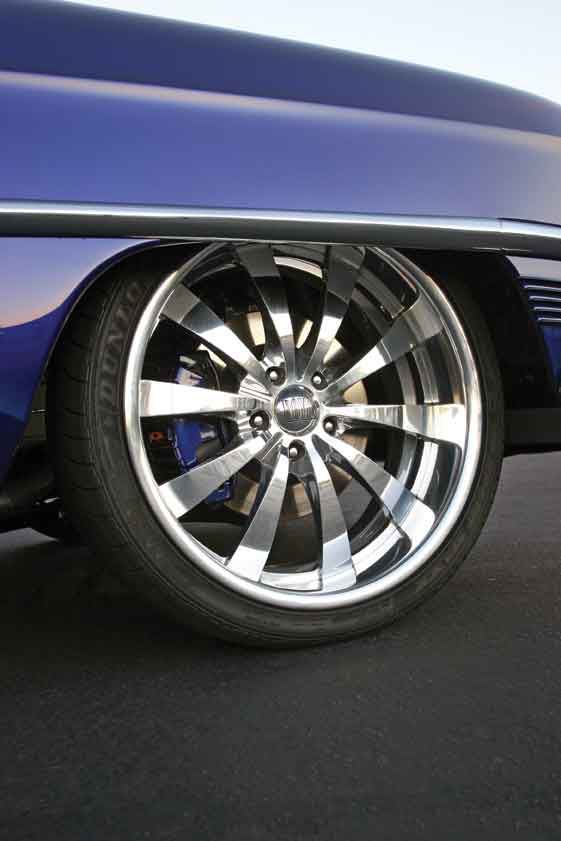 While all of the work to get the engine and chassis prepped was happening on one side of the shop, there was a flurry of activity going on at the other end of the buildingto get the body ready for paint, interior and the freshly rebuilt retractable top. First, the bumpers and grille were modified and sent out to be replated, and most every trim hole and seam was filled, the door handles were removed and each panel was block-sanded to perfection before the House of Kolor Cobalt Blue with very subtle ghost flames was applied. 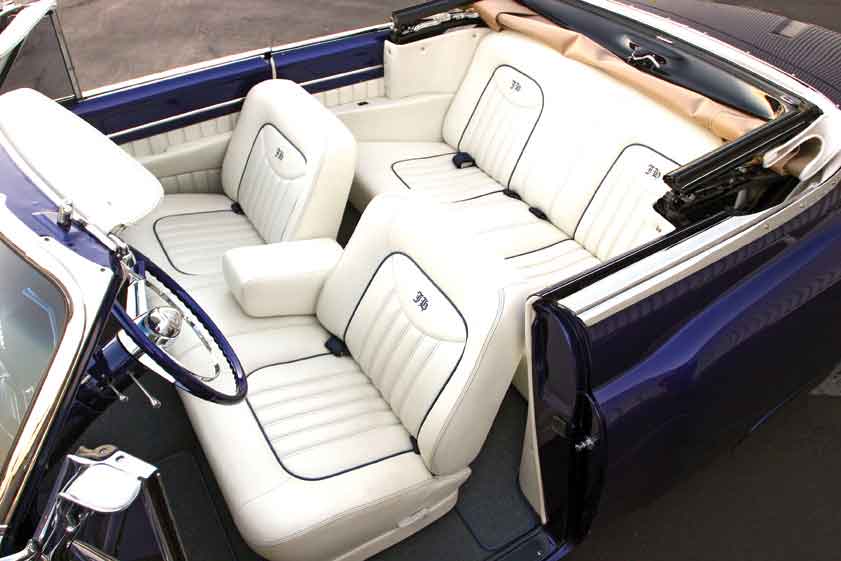 A set of Glide Engineering seats has been modified and stretched with white leather by Gabeâ€™s Interiors of San Bernardino, CA.

As soon as all of the painted pieces were assembled on the new chassis, the convertible top freshly covered with white canvas was fit to the Cadillac and the project was starting to look like a car again. The Caddy was loaded up on the trailer and taken out to Gabeâ€™s Interiors in San Bernardino, California, to have a set of modified Glide seats installed and to have the rest of the interior covered in white leather. As soon as Gabeâ€™s was finished working its magic on the interior,the Cadillacreturned to American Hot Rods. 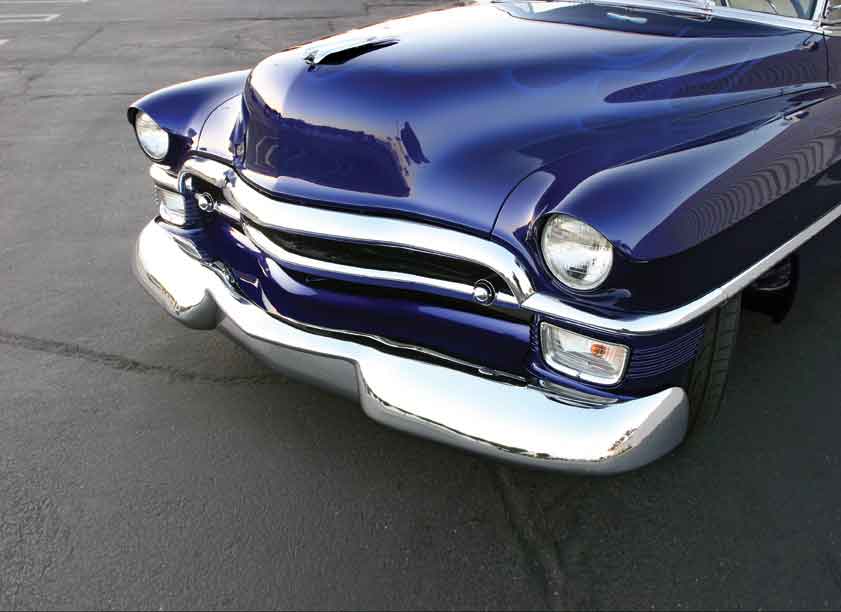 Both the front and rear bumpers have been modified and given a fresh coat of chrome before being fit back to this cruiser. 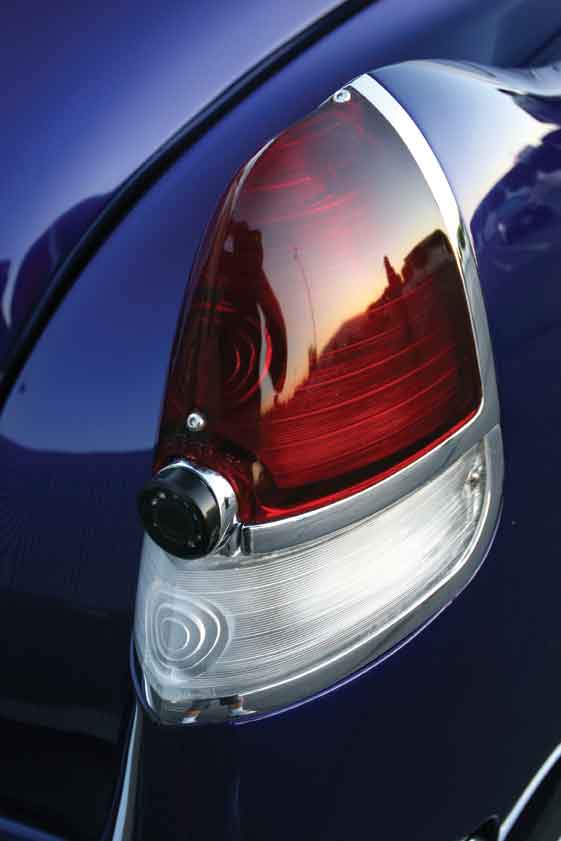 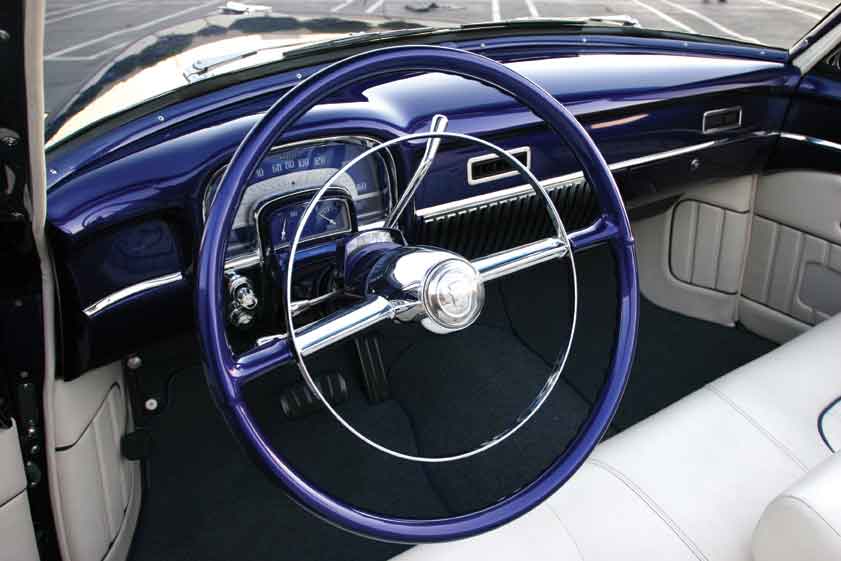 That just left all of the little details and the crew started to see the light at the end of the tunnel. Inside, they finished hooking up the Vintage Air system, wired up all of the Classic Instrument gauges and installed all of the stereo/GPS/back-up camera components. Outside, they installed all of the chrome pieces and polished everything to perfection one last time before delivering the car to its new owner.