Lucky 13th Annual Cruisin’ for a Cure – Cruisin’ to Save Lives

If you could save just one person’s life, wouldn’t that be special? What if you could help save the lives of 1,000-plus men in just 12 days. That accomplishment alone means this event Cruisin’ for a Cure (CFAC) is miraculous! 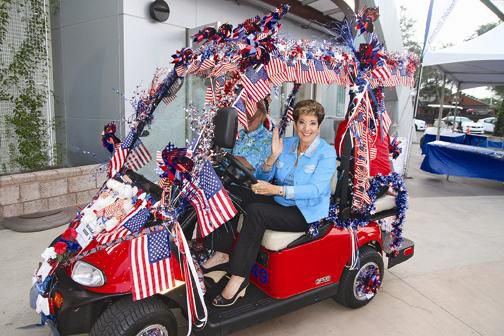 Cruisin’ for a Cure President and Founder Debbie Baker always wears a smile. What a wonderful lady. 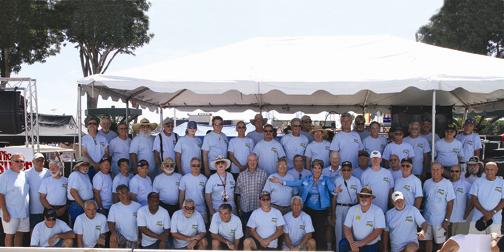 The fortunate ones, 55-plus healthy prostate cancer survivors who are here today because of Crusin’ for a Cure.

This was Debbie Baker’s vision after her late husband Jim was diagnosed with prostate cancer in 1998. She and Jim had always been car enthusiasts, and they decided to do something to make car guys aware of the disease. The inaugural Cruisin’ for a Cure took place in March 2000 at the Verizon Amphitheatre in Irvine, California. Unfortunately, Jim lost his fight with prostate cancer in March 2009, but his concern for others lives on through the continued success of Cruisin’ for a Cure, which is now the largest single-day charity car show and cruise in the United States. 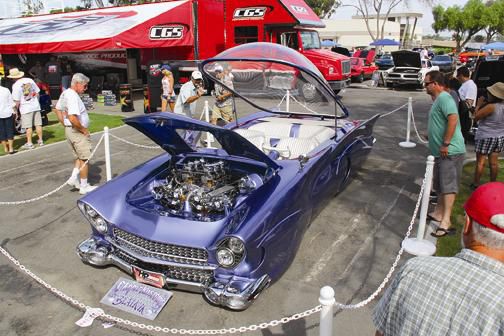 The Beatnik Bubbletop (’55 Ford) was built by Gary “Chopit” Fioto and his two sons, Nick and Fabian, at their shop, Chopit Kustoms in Stanton, CA. 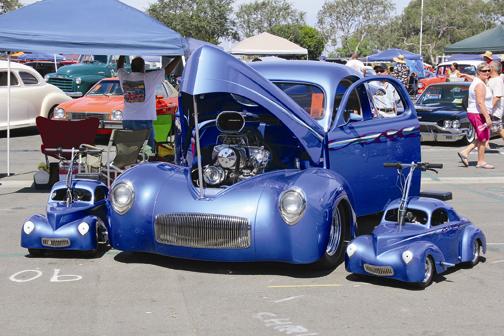 This year’s event opened its gates at 4:30 a.m. at the Orange County Fairgrounds in Costa Mesa, California, and more than 3,200 custom vehicles rolled through to participate. At 7:30 a.m., the Drive Against Prostate Cancer Van opened for free PSA screenings for prostate cancer. This year alone more than 900 men were tested. Throughout the 13 years the event has existed more than 250,000 spectators have contributed to its success. Year after year hundreds of vendors have supported Cruisin’ for a Cure while displaying their latest products for all to check out, ask questions about and admire. 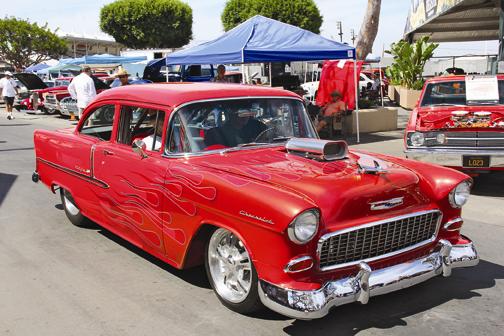 This red flamed and blown ’55 Chevy Bel Air was cruisin’ with an attitude. During the show, many celebrities and icons of the automotive world were seen strolling through the show or just hanging out, like Ed “The Camfather” Iskenderian, Shirley Muldowney, Dave McClelland (master of ceremonies), Kenny Youngblood, Barry Meguiar, George Barris and Bruce Meyer. Oldies rock ‘n’ roll could be heard throughout the show as played onstage by The Answer, The Ravelers and Casey Simpson. Mark Jones from ScaleMasters sponsored an incredible, colorful miniature model car contest. There was also a cars and trucks for sale corral that received plenty of foot traffic. Later in the afternoon the prestigious Cruisin’ for a Cure awards ceremony took place, where 60 winning vehicles received their due. 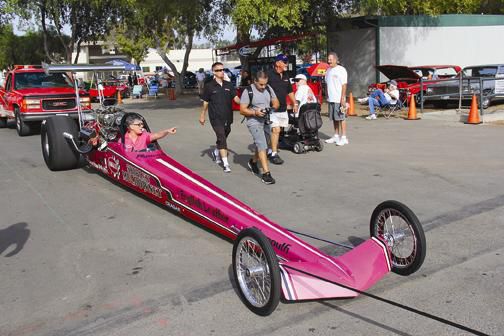 . The “Lady of Speed and Beauty” Shirley Muldowney was behind the wheel of her famous English Leather rear-engine AA/Fuel Dragster as it was towed to the Cacklefest corral. She was on hand signing autographs. 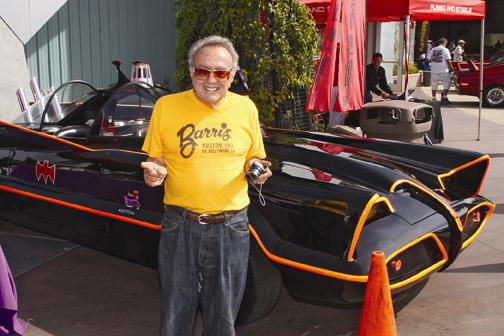 Never shy in front of a camera, George Barris, known as “The King of the Kustomizers,” stands in front of one of his many television creations, The Batmobile. In 13 years this wonderful event has not only raised prostate cancer awareness, but it’s also drummed up $1,200,000 for a cure! The City of Hope was the beneficiary this year. The success of this event has spawned similar shows in New York, Texas, Utah, St. Louis, Oklahoma City, Las Vegas and Ontario, Canada. Back in the day, this restored Western High School auto shop drag race project, a ’57 Chevy, was originally built in ’69 and raced in a high school drag racing league from 1970-72 at Orange County International Raceway, known as OCIR to racers and fans! 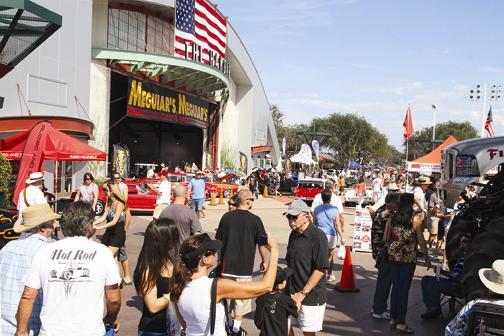 Taking ol’ Black Beauty out for a cruise. 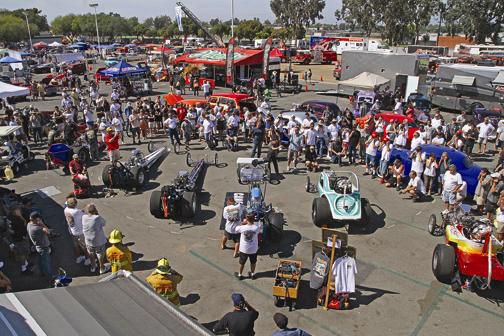 A bird’s-eye view of the cacklefest corral 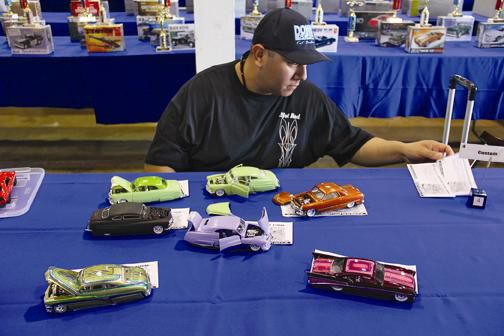