There’s a saying among hot rodders, “it’s not a hot rod unless it has louvers.” Louvers came onto the rodding scene in the early ‘50s. Besides looking cool, louvers are also functional, allowing trapped air to flow freely through an enclosed area. Initially louvers were punched into hoods and side panels of engine compartments to allow engine heat to escape, but they were also punched in assorted body panels, trunk lids, roofs, roll pans, tonneau covers and belly pans to release trapped air. 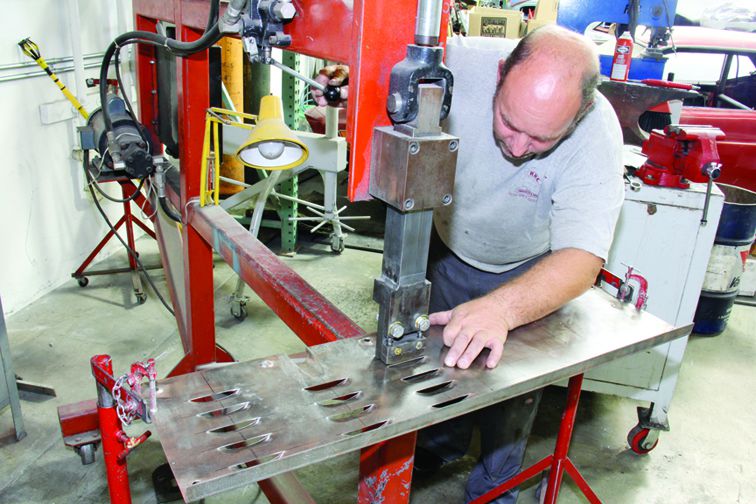 We recently visited Bill Richman at RRC Fabrication & Speed in Upland, California, to learn about louvers. Bill gained years of experience during his career in NASCAR as a design engineer and fabricator with Hendrick Motor Sports in Charlotte, North Carolina. He worked with driver Jeff Gordon and his crew chief Ray Evernham and the Rainbow Warriors. Later he decided to move to SoCal, where he opened RRC Fabrication & Speed. He continued to fabricate and build race cars for NASCAR’s Winston West and Southwest Tour teams. After local NASCAR racing in the west slowed down, Bill decided to concentrate on hot rods and customs. He has since earned a reputation as an excellent hot rod, custom and muscle car fabricator and builder. Bill has punched thousands of louvers in his career as a fabricator and builder, so he’s a perfect go-to guy.

Currently he’s involved with a couple of guys who are building a ’31 Ford five-window coupe hot rod. It has a 4-inch chop and it’s been channeled 2 inches over the frame rails. To continue the hot rod flavor underneath he decided to install a rear belly pan, which Bill louvered to add style and functionality. The belly pan looks cool, but because it will be mounted behind the Ford 8-inch rearend, it would catch all of the rapid airflow underneath the chassis, acting like a parachute and causing mega drag. Louvers are the answer, not only do they look cool, but they also allow the velocity of moving air to flow from underneath the chassis, passing freely through the louvers and improving the coupe’s coefficient drag.

Follow along as Bill shows us how louvers are punched. Here’s the inside surface of rear belly pan panel that will be louvered. 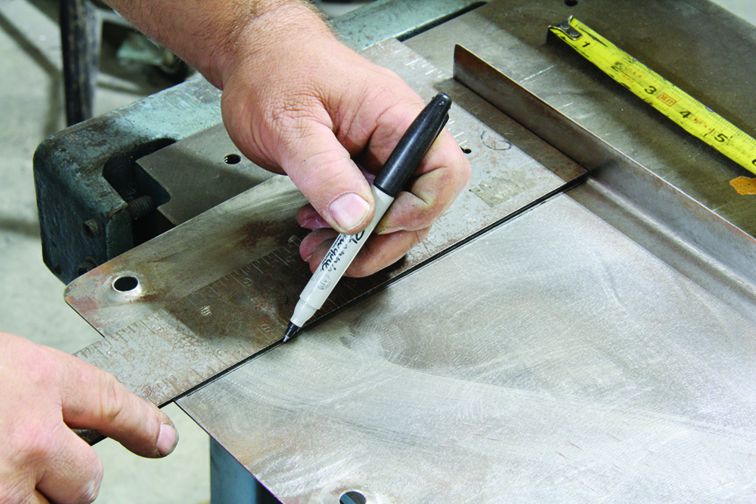 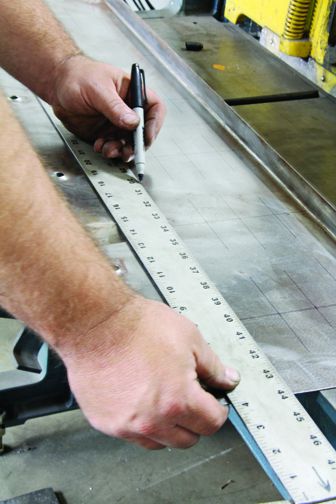 Bill carefully aligns, measures and lays out the individual 3-inch louvers on the inside surface of the belly pan’s sheet metal. 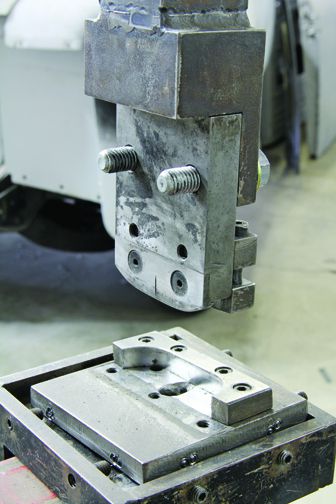 The louver press is made up of interchangeable upper male and a lower female dies. Bill installs and secures the straight edge of the lower female die to the mounting fixture using three Allen screws. The upper male die and lower female die are secured and ready to punch. 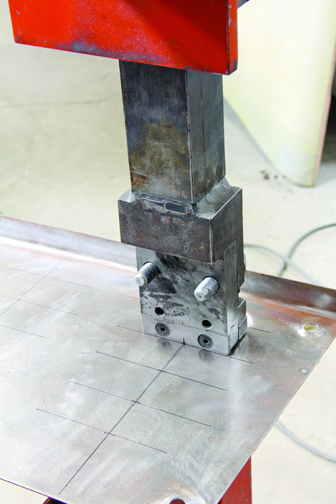 Due to the tight tolerances between the male and female dies’ straight edges, when the two are pressed together the metal shears. Then the male passes through, stretching or “upsetting” the metal into a louver shape. The louver punching action continues, making a nice pattern that is functional and stylish. (Notice the angle iron fence used to hold the material while the louvers are pressed.) After the 28 3-inch louvers are punched Bill inspects the exterior side of the belly pan panel, admiring the uniformity of the louver pattern.