Inspiration for building new projects comes from many different places. A certain stance or wheel and tire combo, or even the way a muscle car model captures a special time in someone’s life can drive their decision to build a particular car.

Modern technology can also be added to the equation for a new project build. In this day and age, we’re lucky that someone can build a car that preserves its iconic look and feel, while outperforming many new cars. Modern running gears, featuring electronic ignitions, fuel systems and suspensions tuned to handle more than just speed bumps are all available for purchase at local speed shops and online.

A great example of this theory being put into practice is John and Candace Packard’s ‘67 Nova Super Sport. This remarkable take on nostalgia meets big horsepower plus attention to detail is like no other with the couple’s Chevy Deuce. 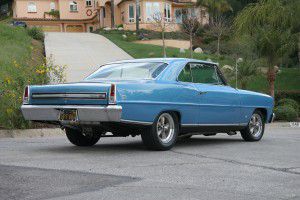 For every Butch Cassidy there has to be a Sundance Kid. John credits his good friend Martin Charles for contributing his amazing craftsmanship toward realizing John’s dream. Martin, the proprietor of M.C. Automotive in Whittier, California, pushed his good friend of more than 30 years to really go the distance. Martin’s secret was to keep things clean and simple, which never goes out of style. The two built the car after business hours at Martin’s shop, restoring, assembling and creating this beautiful vehicle.

Power comes from a simple formula for fast: A big-block 502 fills in the space between the wheels as if came that way from the factory. Aero Performance Engineering prepped the block with all necessary machine work. The balanced and blueprinted rotating assembly was mated to a set of 9.6:1 pistons. The valve train features a COMP cam and Manley roller rocker arms. Fuel is distributed via a Holley Dominator 970-cfm carb that flows through an Edelbrock Victor intake manifold. Ignition is delivered via 6AL MSD box and wire set, which also features MSD’s 130-amp alternator. March pulleys keep the belts in alignment while turning a Chevrolet aluminum water pump. This simple recipe makes an impressive 627-hp waiting to be unleashed at the touch of the throttle. 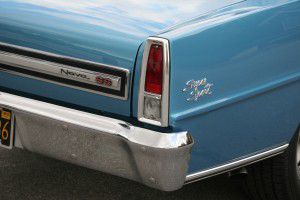 Staying on track with the theme and preserving the history of the car, all of the trim and emblems were restored or replaced to recreate factory specs. 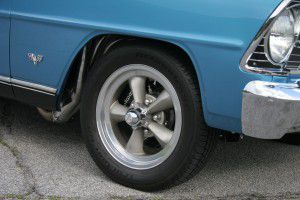 “Bigs and littles” can make a car look fast. It’s a good thing that John’s ’67 Super Sport can back it up. These American Racing Torque Thrust 15 x 5 (F) wheels reduce the footprint of a wider tire, offering less rolling resistance during straight line passes, and add to the classic look.

As simple as it seems, the guys weren’t done with the engine compartment just yet. Plus, a beast like this 600-plus-hp engine needs a constant supply of fuel. A Rick Davis fuel tank was installed using stainless steel hard line tubing that feeds a Barry Grant fuel pump. Here is where the fun begins: It wasn’t enough to leave all of the AN fittings their usual, identifiable blue and red, so after mock-up all of the AN fittings were stripped and polished, creating the clean and simple-looking  plumbing that sets this install apart from the rest.

To allow the big-block to fit in the engine bay, custom-built 2 1/8-inch fender well headers expel exhaust through a 3-inch stainless Magnaflow Dynomax exhaust system, while ARP fasteners hold everything in place with style. The Toy Shop in Pomona, California, built the Monster 700 R4 transmission, which will allow John to take Candace out for a drive. Inland Drivshafts built a driveshaft to deliver the power to a 9-inch Ford differential full of goodies from Mosier Engineering, such as a 3.70 gear and a posi carrier. 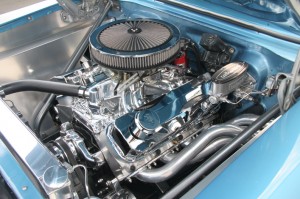 Custom-built 2 1/8-inch fender well headers allow this 502-cid engine to push 627-hp to the Toy Shop-built Monster 700R4 transmission. Anchoring it down in place is a Heidts front clip with Willwood disc brakes. 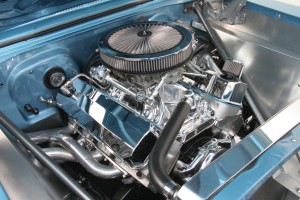 This testament to unlimited power in a small space has been executed as if the work were done by a plastic surgeon. Neat, clean and insane attention to detail makes this rat PHAT!

To hang with the best of them, John chose a Heidts manual front clip featuring QA1 shocks all the way around. To make the car stop better than most new cars, a four-wheel disc system from Wilwood disc brakes, featuring drilled and slotted rotors, has proved itself and them some. While all of this modern technology was installed underneath the car, the choice to run American Racing’s Torque Thrust wheels wrapped in Firestone rubber made perfect sense to complete the look. Rounding out some of the additional modifications were a set of cal track bars and subframe connectors to transfer the power to the right places.

As the mechanical portion of the build began to reach the end, it was time for the car to head into the body shop to undergo a series of massages and restoration. F&B Auto Body in Ontario, California, didn’t hold back. The crew there did a flawless job of reinventing the body while maintaining the Chevy II’s telltale lines. After the body was prepped for paint, F&B applied Dupont Marina Blue. After the paint cured, the F&B crew color-sanded and machine-polished the color to a gorgeous finish. 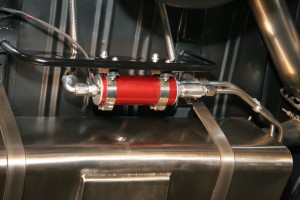 Details, details, details are what can turn a regular car into a show winner. A great example is the flawless installation of this Barry Grant fuel pump. 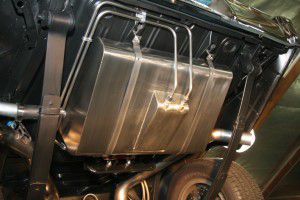 It’s hard to really convey with a mere photo how much work went into the installation of this Rick Davis-built fuel tank, but if you’re ever attempted to run stainless steel hard fuel lines, you know how clean this looks. John and his good friend Martin Charles pulled this one off at Martin’s shop, M.C. Automotive in Whittier, CA.

When the car was returned to M.C. Automotive for final assembly, the transformation of the interior of the vehicle was also begun. Staying true to form, the clean and simple approach was carried out to the end. Stock OEM trim can be found on the seats, door panels, headliner and carpet. Auto Meter gauges help finish up the modern tech with classic style. This interior truly says that there’s “no school like the old school.” 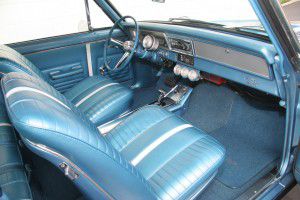 If you don’t pay attention, you would swear that the Auto Meter gauges and the MSD 6AL ignition box were standard features on ’67 SS models. Maintaining the stock floor shifter and console really make this interior look perfect. 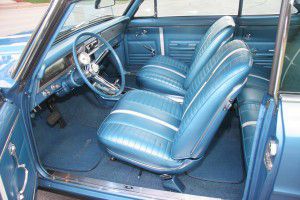 The tone of the interior is “less is more,” and keeping true to its roots, an OEM Super Sport interior was retained.

Since the completion of the project, John has really enjoyed the rewards for his labor, which have come in the form of numerous first place finishes at local car shows. Unlike many show cars, John’s Nova is a multi-class finisher, with awards such as Best Modified Engine, Best Muscle Car, and of course, Best of Show. 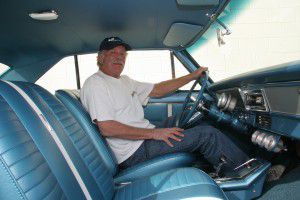 You know that Christmas only comes once a year on the calendar, but by the way John here is smiling, I’d have to say that it comes every day that he climbs into his car. John credits the success of this build to having a good friend like Martin Charles help him assemble the car, and to having a great partner, his wife Candace, to help him enjoy the time spent collecting miles.

If you ever get a chance to see this Box Nova, you better be ready to take some notes, ‘cause it might take a while to appreciate something this sweet.