We admit it, we don’t like leaf spring-based suspensions. They may have been fine when this now-radical RS Camaro was new and their shortcomings were not so glaring given the stock horsepower, bias ply tires and drum brakes of the day all conspired to hold the car back performance-wise.

But thanks to huge horsepower numbers, new sticky tire compounds and the advent of coil-over shocks, leafs leave us wanting more. Ask anyone who has encountered the dreaded “spring wrap,” caused when launching a leaf spring-equipped car hard, and they would swear that something in the car is going to shake itself loose. There is simply little doubt that a link-based rear suspension system is better for competition, be it drag racing or autocrossing. To get around a road course fast requires many things coming together quickly and above all smoothly. Huge forces are in play when a hurtling, 2-ton vehicle going in one direction is asked to change direction quickly.

As much as we love going fast in a straight line, there is nothing like carving a fast corner to get the blood pumping. The folks at Detroit Speed and Engineering obviously feel the same. They are always among the fastest lap times when autocrossing at a Goodguys event, and they take competition seriously. To do so, they use their own suspension systems, such as their QUADRALink rear suspension system. The DSE QUADRALink uses (what else?) 4-links to connect the rearend housing to the frame, and along with a panhard bar and adjustable coil-over shocks, provides a stable platform under the most intense driving.

We’ll say right out that this is not an install that one should attempt at home unless they really, really know what they are doing. There is a lot of welding involved, and if, like us, you don’t have a fully equipped shop to draw upon, then you need to seek professional help.

The owner of this Camaro knew this, and wisely went to the 401K Club in Anaheim, California, to have them do the work. The crew at 401K is made up of old hands at this type of install, and only one unforeseen problem kept them from easily completing the job. That problem was that the 9-inch-based axle tube was ¼-inch larger in diameter than normal. And that ¼-inch made all the difference in the world when it came time to install the brackets onto the tube. A call to Detroit Speed and one of their really trick housings, with all of the brackets already welded on, was on its way. Once it arrived, the 401K crew had the rest of the job done quickly and professionally. We wouldn’t have wanted to be the kid who had to lie in the trunk to weld in the cross member, though.

The result is that the Camaro, which also has a DSE front suspension system, now has the capability to get its power to the ground and stay glued to it whether that ground is straight or twisty. Sounds like a combination we can get excited about. 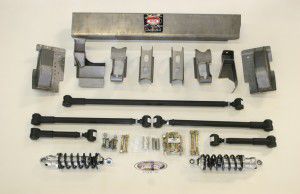 (1) Detroit Speed’s QUADRALink rear suspension system transforms your stock leaf spring setup into a track-ready 4-link. Note that this shot shows the individual brackets for the rearend. Due to a size difference in the tubes, it was later determined that acquiring one of Detroit’s rearend housings was the way to go. 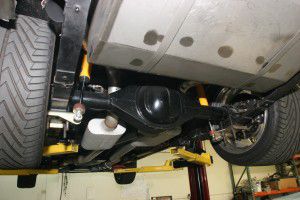 (2) This Camaro had been previously equipped with a Detroit Speed leaf spring kit. 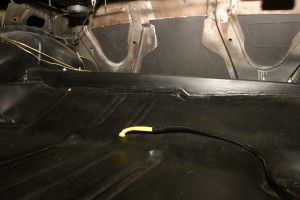 (3) A Detroit Speed upper cross member had been installed for the leaf kit. It will be retained but modified to work with the new kit. 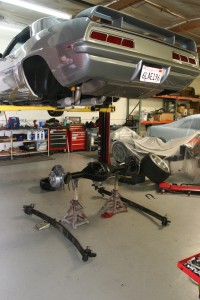 (4) The existing kit and rearend are removed. 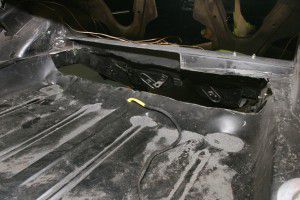 (5) The area is prepped for the new cross member. 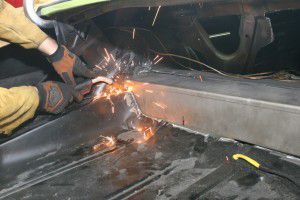 (6) Care is taken not to warp the thin sheet metal of the trunk floor when welding in the new cross member. 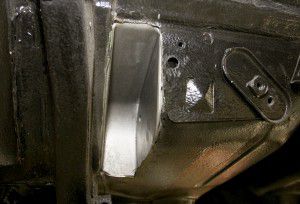 (7) While working under the car, the hole is cut for the upper link pocket. This is where a lift comes in handy. 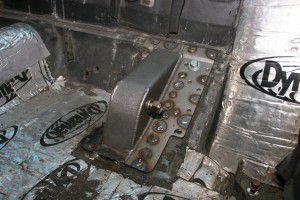 (8) With the rear seat and upholstery removed, the upper link pocket is welded in place. Note that holes are drilled into the pocket to allow for multiple spot welds. The pocket will be welded to the sheet metal from underneath, as well. 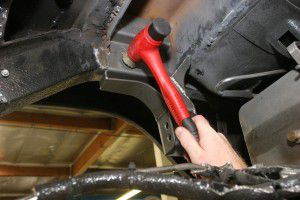 (9) Fitting into the cross member is the track bar body mount bracket. It will be welded into place. 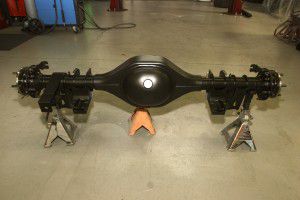 (10) The Detroit Speed brackets are for a standard 3-inch tube, while the customer’s rearend housing was too large (3 ¼ inches), and that ¼-inch made all the difference in the world. A Detroit Speed killer 9-inch housing was used.

Be sure to stay tuned for Part 2 of this step-by-step process!