In a recent post, we gave you some background on second generation F-body platforms in 1970. Our candidate for a quick reform was an ’80 Trans Am that was in great shape overall, but had three decades of neglect and wear and tear on the original suspension. Be sure to check out the story for a few preliminary steps. Now take a look at the next steps of this transformation:

Let’s get straight into the installation. Check out the step-by-step process: 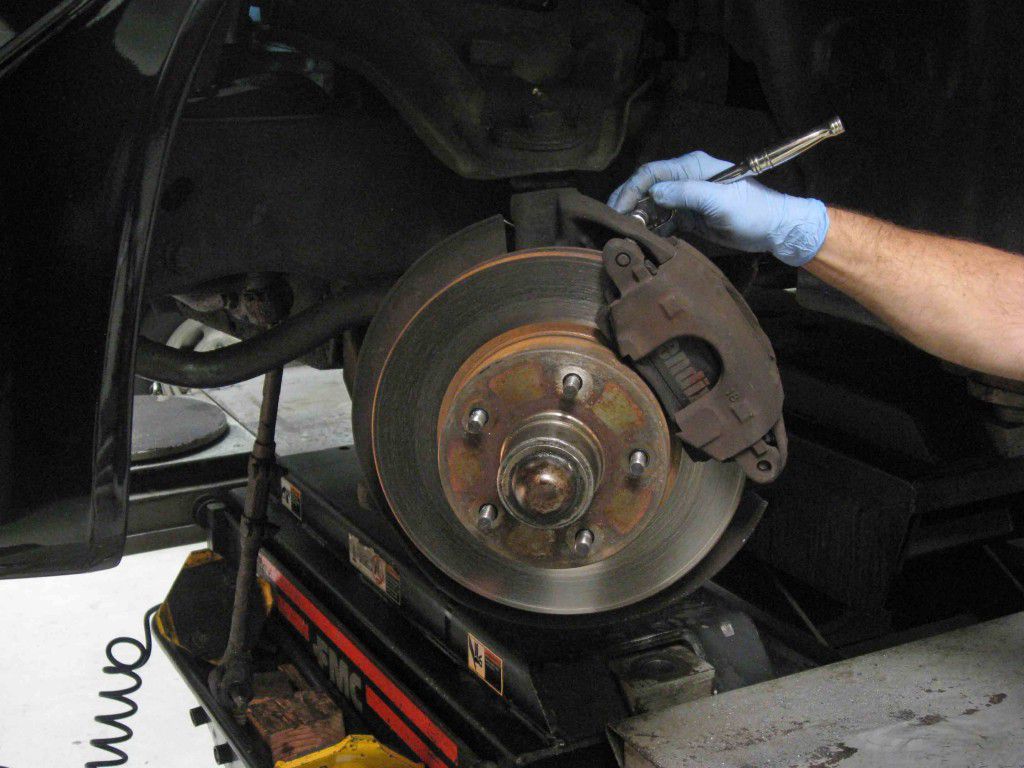 Next up was the disc brake caliper. After removing the two bolts that hold it to the spindle, the caliper slid off the disc with just a few shakes. 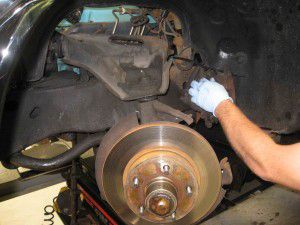 The rubber brake line can’t support the weight of the caliper—especially an aged one—so we tied it to the chassis with a large zip-tie. 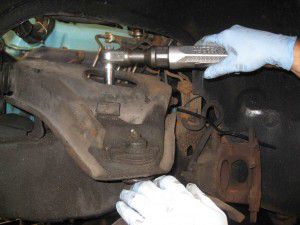 Depending on their age, the top nut of the shock may be an issue if you don’t have access to the instant torque of an air ratchet, as they tend to spin. If that’s the case, a pair of locking pliers can help hold the stud in place while using a wrench.

Below the lower A-arm two bolts retain the bottom of the shock. 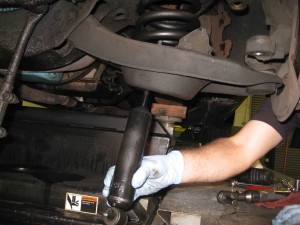 Once those were removed, the shock slid out easily. 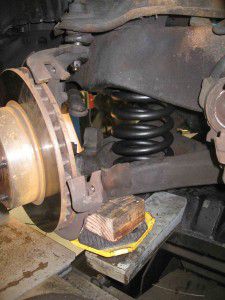 In preparation for removing the spindle, we placed blocks on top of a hydraulic lifting arm and put pressure underneath the lower control arm to prevent the spring from quickly expanding and possibly flying out. The same can be done with a floor jack. 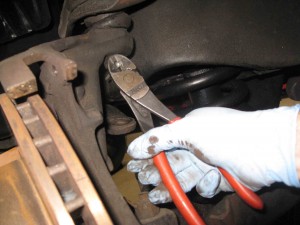 This might be a good time to mention that none of the original cotter pins should be reused. Besides age, they just simply can’t be trusted after being bent, and replacing them is cheap insurance.