Text and Photos by Travis Noack

In a recent post we showed you how the guys at Teal Automotive helped Dr. Walter Kushman rebuild his 1966 Corvette. Now take a closer look at the audio system that was installed and the shining new interior! Be sure to check out the full feature if you missed it! 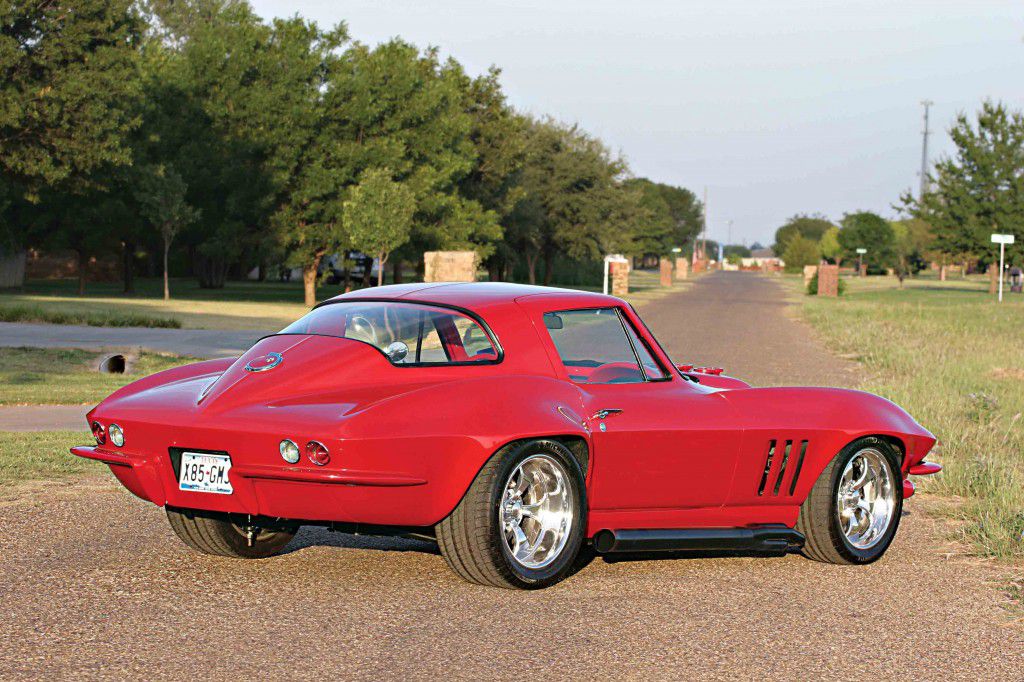 A one-off custom dash by Jimmy Davis, with the gauges relocated to the center, conceals much of the midrange audio, while Torch Red leather and loop carpet take us back in time. 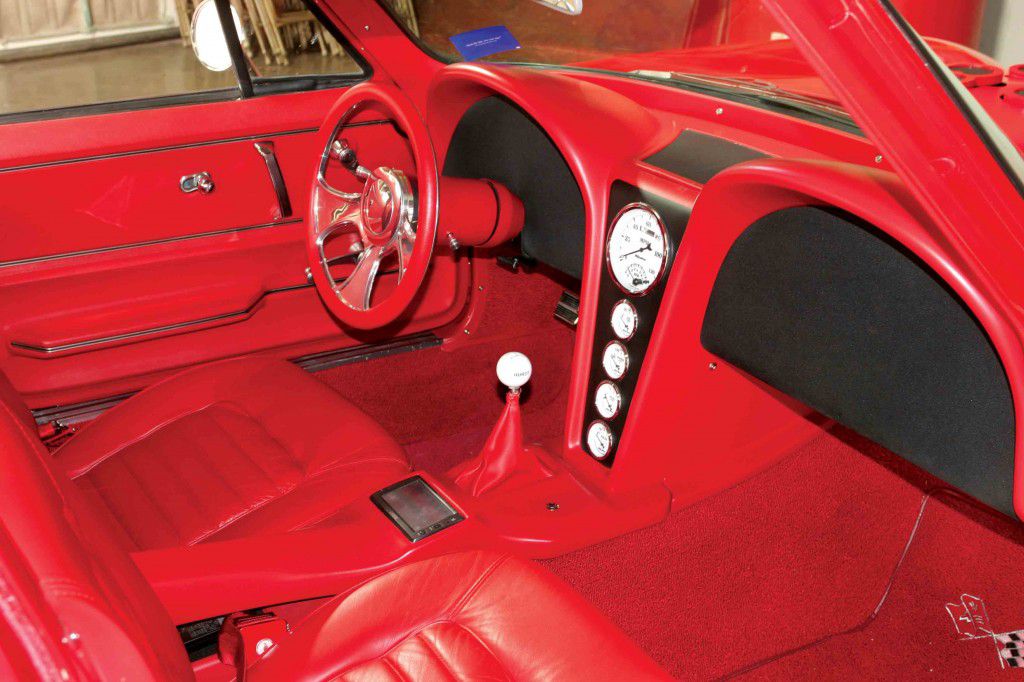 A one-off custom dash by Jimmy Davis, with the gauges relocated to the center, conceals much of the midrange audio, while Torch Red leather and loop carpet take us back in time.

Helping the Doc relax on his flat-footed drive home are ARC Audio KS-6026 6.5-inch two-way speakers rocking in the dash, ARC Audio KS-4626 4×6 two-way speakers in the rear, and two ARC Audio KS-6936 6×9 two-way speakers filling in the space between bass hits. In addition to his audio installation trickery, Davis knocked it out of the park with a one-off custom dash with the Auto Meter American Platinum white face gauges relocated to the center. The 6.5-inch speakers were hidden behind each side of the dash for a stealth install, yet positioned right on the fire line for optimum listening pleasure. A 6×9 was mounted in the center at the top of the dash for good sound distribution throughout the Corvette’s tight confines. 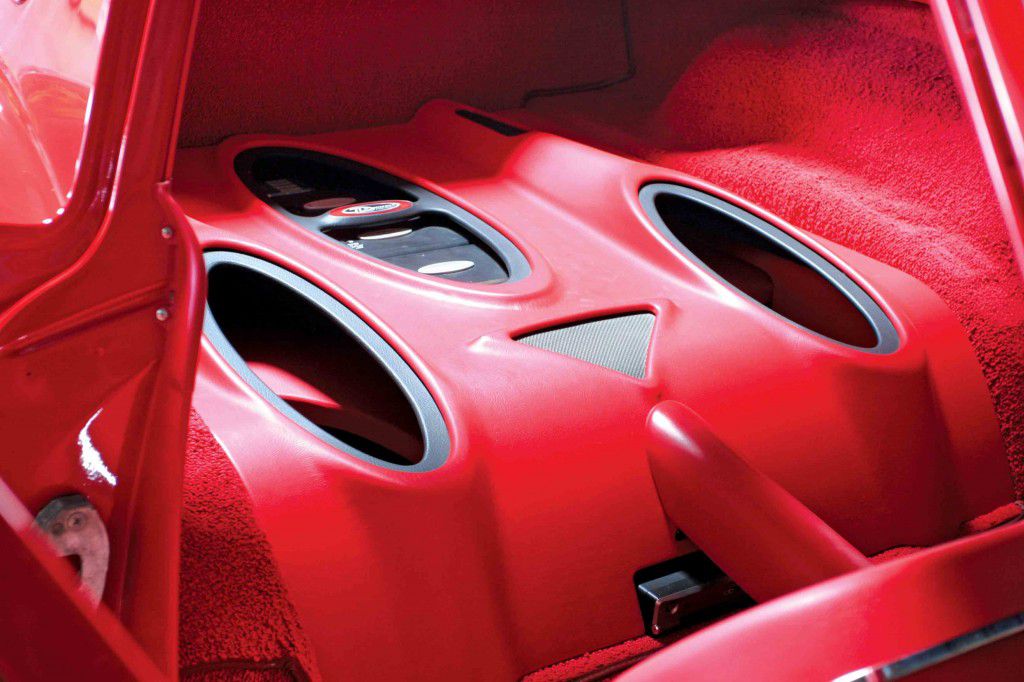 A custom rear audio enclosure by JD Glassworks houses the ARC Audio amplifiers and subwoofers. It was covered in Torch Red vinyl.

A one-off custom console built by Davis flows between the original buckets trimmed in a torch red interior kit with leather seat covers. Torch red loop carpet was tacked to the floorboards. Commanding all of the audio power is a Kenwood KOS-V1000 radio delivering signals to a Kenwood KOS-432 4.3-inch LCD screen and a Kenwood KDV-S250P DVD unit. Davis finished off the audio installation with custom wiring linking all of the ground-pounding audio components together. The big-block awakes via a custom dash ignition switch from Watson’s Street Works. 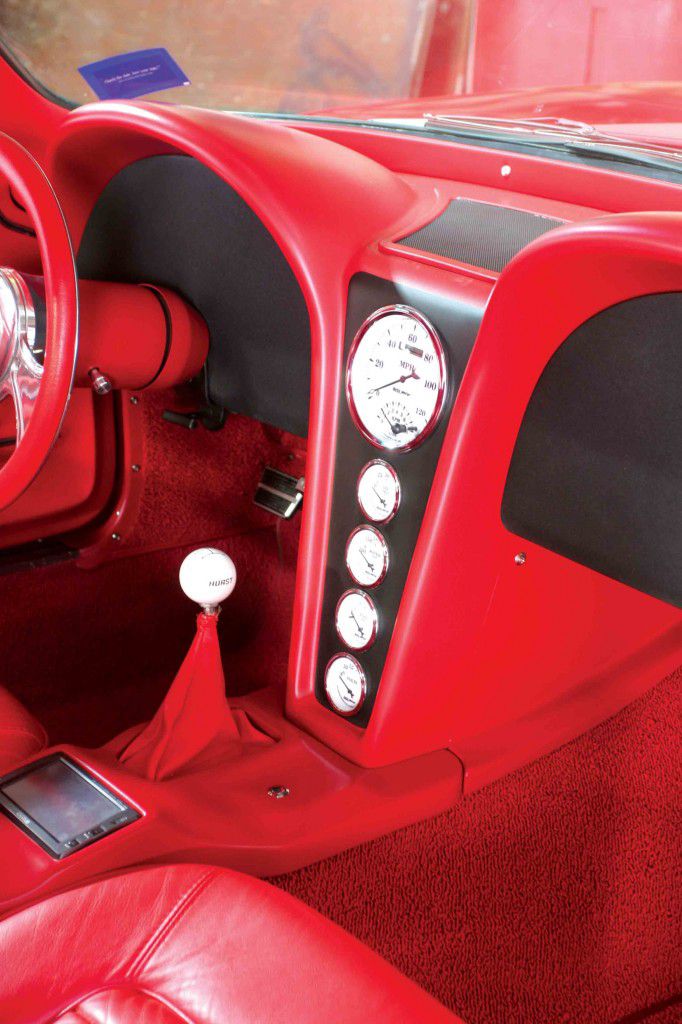 Dr. Walter Kushman has one slick big-block ‘Vette on his hands, and thanks to the custom work from Hill’s Hot Rods and JD Glassworks it looks as dynamite as it runs. After a full day in the hospital you can bet Dr. Kushman is ready to pound on the shifter and stomp on the skinny pedal. We can’t imagine a cooler doctor’s ride.