It is no secret that when the latest versions of modern muscle cars come out, there are a lot of aftermarket performance companies that have to get their hands on them as soon as possible. The idea is to get going on R&D so they can come to market with their parts pretty darn quick. A lot of times a company can find someone locally who doesn’t mind giving up their new car for a couple days at a time so that they can get the latest new performance part or accessory for their ride. But when a car as cool as the ‘10 Ford Mustang is involved, well, you’ll have a hard time not wanting the car for yourself.

Casey Scranton was in the market for a new car, and it just so happens that CGS Performance Products needed a ‘10 Mustang to ensure that they were up to date with all of their intake and exhaust products. Casey found himself explaining to his wife Allison why the shiny new Mustang was parked in front of their house. The story about it being “for work” only got him so far, by the way. 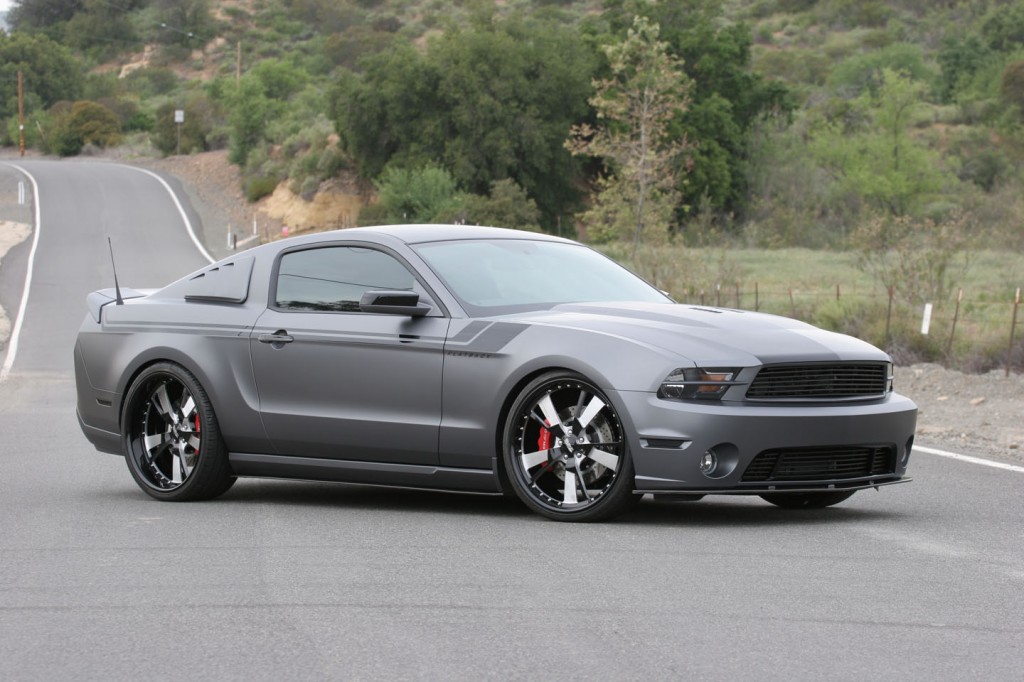 After making sure all of their parts were current, Casey looked to his old friend at Sean Smith Designs to turn the Mustang from a run-of-the-mill modern muscle car into a car that will stop people dead in their tracks. The exterior was treated to a ROUSH front bumper, side skirts, rear diffuser, front and side splitters, spoiler and window vents. After all of the body mods were finished, it was into the paint booth at Rounsville Autobody in San Bernardino, California, where it was sprayed with Ford Truck Dark Gray with matte clear. 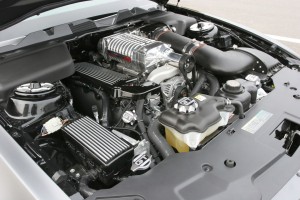 A big part of what makes this particular Mustang so fun to drive is the polished Whipple supercharger that is perched on top of the stock V-8 engine.

The chassis received its fair share of mods as well. First, the stock rearend was replaced with a narrowed 9-inch fit with six-piston Baer disc brakes and matching Baer brakes were installed up front. A set of Eibach springs dropped the suspension so that the fender openings sit right on top of the 22 x 8.5 front and 22 x 10 rear Colorado Custom Blade wheels wrapped in 265/30/22 front and 285/25/22 rear Pirelli tires. 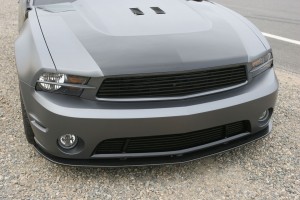 A ROUSH front bumper was added to the nose of this Mustang to dramatically change the look of the front end.

Between the doors, the car didn’t really need a lot of work. After all, it still had that new car smell. That’s why Sean and Casey just decided to add a leather kit from Pecca Leather. The kit from Pecca gave the already sparkling interior the little dash of class it needed.

Under the hood is where this Mustang really shines. A Whipple supercharger kit has been bolted to the top of the stock power plant to boost the horsepower, and a Fidanza aluminum flywheel, clutch plate and pressure plate have been added to handle that extra power. A custom CGS Motorsports axle-back exhaust with custom stainless steel tips was added to help the newly supercharged motor breathe a little easier. 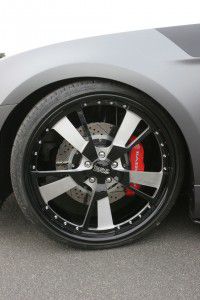 At the corners of this Mustang you’ll find a set of contrast-cut Colorado Custom 22-inch Blade wheels wrapped in Pirelli rubber.

To cover up some of the factory ugly, an engine cover from California Pony Cars, along with a set of their hood shocks and Project 321 radiator cap, power steering cap, brake fluid cap, oil cap, washer fluid cap and dipstick were added.

It didn’t take very long to complete the transformation from stocker to shocker. But much like Casey’s wife predicted, it turned into a lot bigger project than he said it would. Looking at how the car turned out, who could say that they blame him for going big on this project? 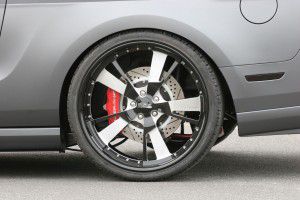 A set of Baer six-piston calipers riding on top of slotted/drilled Baer rotors, both front and rear, ensure that this pony car comes to a stop in a big hurry. 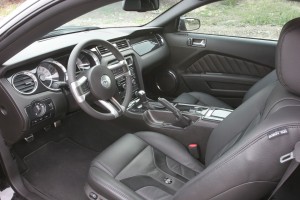 A Pecca Leather interior kit was used to “class up” the interior of this brand-new Mustang. 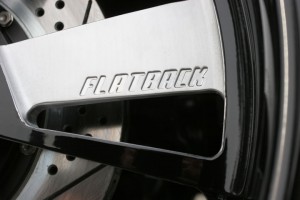