Text and Photos by Anthony Grimes

Brandon Zambrano, owner of Saints Motorsports, set out to build a one-of-a-kind ride that was as at home cruising the boulevard as it was tearing up the track. Once he saw the new ‘10 Camaro he knew his search was over and ordered one of the first off the lot. He also knew that we wasn’t going to be content with the ordinary styling or the stock performance, so doing what he does best, he turned to the custom market to shape this ride into the mean performance machine that he envisioned. 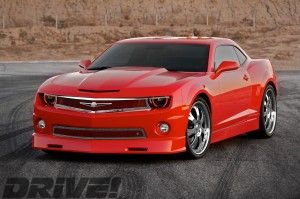 His first step was to call up the boys at Whipple Superchargers and see what options were available to show this naturally aspirated car the ways of forced induction. Unfortunately, with a car this new, no supercharger was available for the 6.2L beast. So, Whipple actually used his vehicle to fabricate the prototype for its Camaro line of superchargers, giving him the very first ‘10 Camaro sporting one of the new superchargers for the 6.2L. Continuing the performance upgrades, Brandon ordered and installed a full Borla exhaust system, including Borla short headers and a stainless steel Type-S cat-back exhaust system. 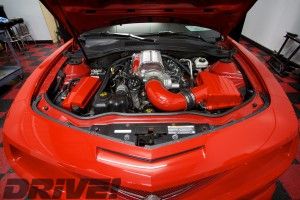 With this car making some serious power, Brandon focused his attention on styling. First on the list was a set of 22-inch Strut Icon 7 wheels wrapped in Pirelli Scorpio Zero rubber to make sure all of the power makes its way to the pavement. Next up was a full custom body kit, installed and painted to match, and a Strut grille was installed to match the styling of the new body kit. In the interior, a full set of red and black leather seat covers was added to match the exterior colors, and Custom Shop logos were stitched into the headrests. Then the car was off to Kurt Grimes at Grimeez Custom Paint where all of the interior trim pieces where painted to match the exterior, and custom airbrushing was added to the speaker box and door panels, giving this car a unique, one-of-a-kind, custom look. 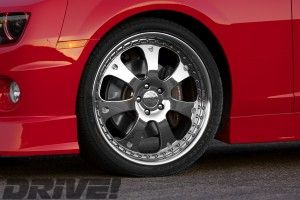 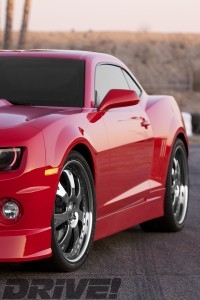 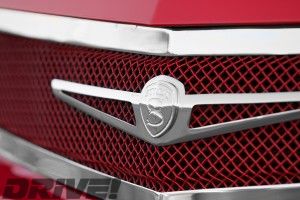 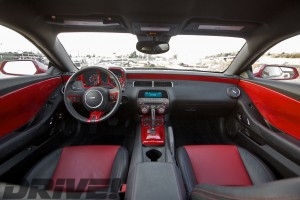 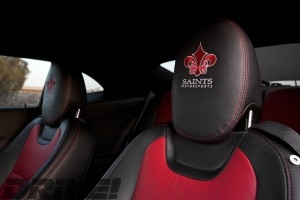 To get the stereo up to par with the rest of the vehicle, it was off to DG Car Audio where custom speaker and speaker enclosures with amps were installed. The installation started with the amps to power the whole setup and features two 750-watt amps driving the subs and a 600-watt amp to power the mid and tweeters. Then two JL Audio 12-inch W3s were installed in a custom Plexiglas box in the trunk of the car. Custom LED lighting was added to the enclosure to give it a red glow and tie it in with the color theme of the vehicle. Mirror backing in the box makes sure the speakers are visible from every angle. 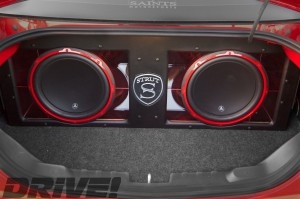 At this point, the vehicle was nearing completion. While Brandon was happy with the way the car looked, he wanted performance that was up to his standards, so it was off to the track to test it out. The car ran 12.1s in the quarter at 117 mph, a very respectable time for a street legal daily driver. However, Brandon decided to take it even further and determined that regearing the Camaro should bring its quarter-mile time down into the 11s, so a set of 3:93 gears was purchased and installed. 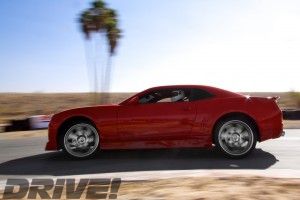 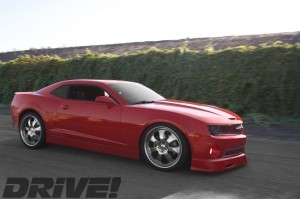 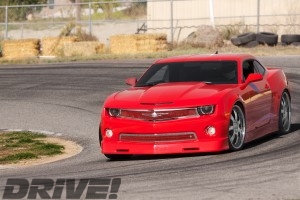 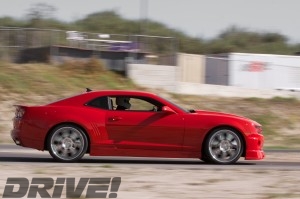 Brandon set out to build a vehicle that he could enjoy as much on the track as he could on the street, and that is exactly what he’s done. With unique, clean styling, combined with some serious power, the resulting ride in an impressive machine, tearing up the track or cruising the boulevard. I’m sure there will be much more to come from Brandon at Saints Motorsports so be sure to keep an eye on him.