The 7th annual Dragster Expo and Car Show was held on Atlantic Avenue in Bixby Knolls, California. The event attracted hundreds of hot rods, customs, classics, muscle cars and thousands of spectators from all over SoCal. This year’s event featured the BMX PROS Stunt Team, who showed off their big air maneuvers on the vert and street ramps, and performed a few flat land tricks. Show-goers were also treated to live music, food trucks, lifestyle merchants and high-performance vendors. 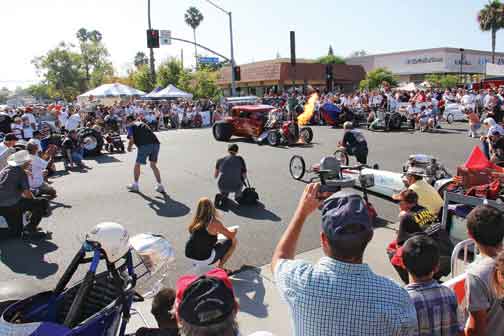 Bixby Knolls is located fewer than 4 miles from the memorable and legendary Lions â€œThe Beachâ€ Drag Strip. Lions was opened in 1955, and unfortunately, closed after â€œThe Last Drag Raceâ€ in 1972. During those 28 years, thousands of passes were made on the Â¼-mile. Two of those legends that raced wheel to wheel at Lions were Don â€œThe Snake: Prudhomme and Tom â€œThe Mongooseâ€ McEwen. Both men were on hand at the show signing autographs and posing for pictures with faithful fans. 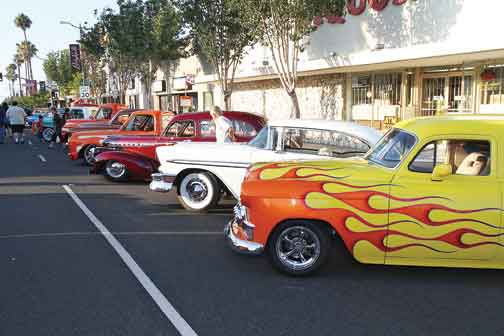 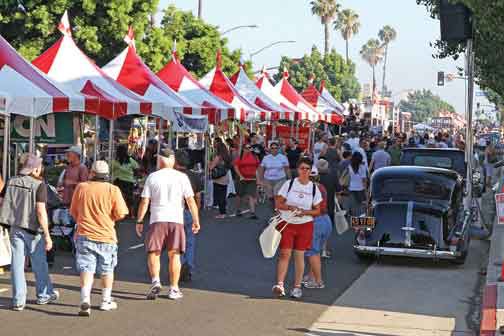 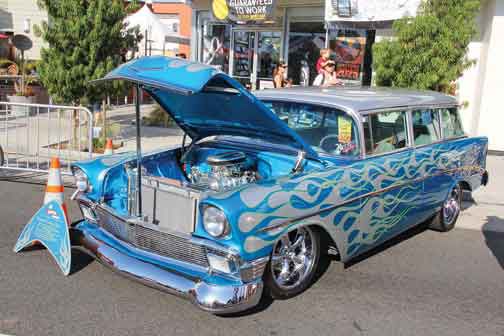 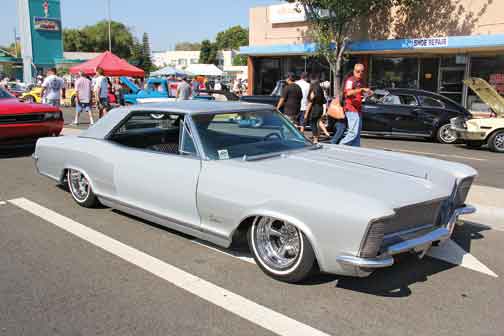 Prudhomme and McEwen displayed their totally restored Mattel Hot Wheels Funny Cars. The Snake’s â€˜70 yellow Plymouth Barracuda was tied down on the back of its color-matching, fully restored â€˜67 Dodge D700 ramp truck. The other half of the Mattel Hot Wheels Wildlife racing team, The Mongoose’s â€˜70 red Plymouth Duster, was also strapped down on the back of its totally restored red â€˜70 Dodge D700 ramp truck. In 2008, Prudhomme and crew restored both ramp trucks at his shop in Vista, California. 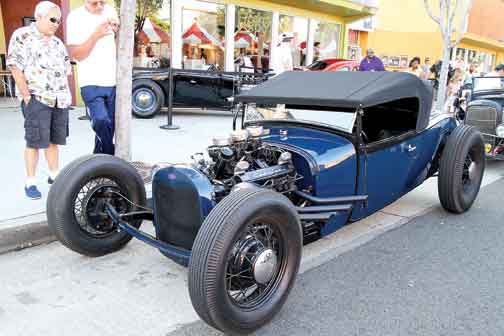 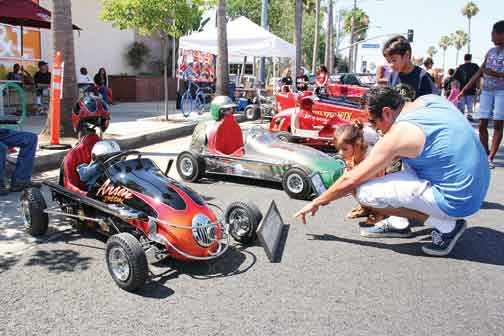 Back in the â€˜50s quarter midgets were every kid's dream. 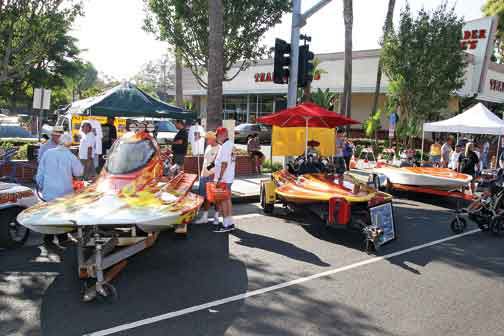 Liquid 1/4-mile dragsters. The Long Beach Marine Stadium is right down the road from the main event, and it was a hotbed of blown hydros and flat bottoms during the 1950s-70s. They still get to have a one-day drag boat regatta every year at the stadium.

Along with those two legends of drag racing there were 16 Top Fuel dragsters and Fuel Altereds on static display inside the Cacklefest corral. The corral was located at the intersection of Atlantic Ave. and Carson Blvd. While folks were strolling up and down Atlantic admiring the rainbow of colorful cars, trucks and boats, they were also mingling with the featured Cacklefest dragsters and visiting with owners and crews. Al â€œMousieâ€ Marcellus brought out the famous Winged Express, originally driven by the one and only, the late â€œWildâ€ Willy Borsch. The Winged Express is currently piloted by Mike Boyd.

The Cacklefest corral was cleared out to allow the crews to prep the cars for round one of the Cacklefest. During the preparation period, John Ewald entertained the massive crowd over the P.A. with history and terminology from the early days of nitro drag racing. John also interviewed The Snake, The Mongoose and NFL Football star Fred Dryer, who played for the New York Giants and the Los Angles Rams. Dryer also starred in the television show Hunter. The fearsome threesome, Prudhomme, McEwen and Dryer, were also at the Bixby show to promote their upcoming movie, Snake and Mongoose, starring Jesse Williams as The Snake and Richard Blake as The Mongoose. Fred Dryer played drag racing icon, engine builder and the owner of McEwen’s car the Donovan Engineering Special dragster, Ed Donovan. Donovan was responsible for naming McEwen â€œThe Mongooseâ€ after the character in the Rudyard Kipling classic, The Jungle Book. 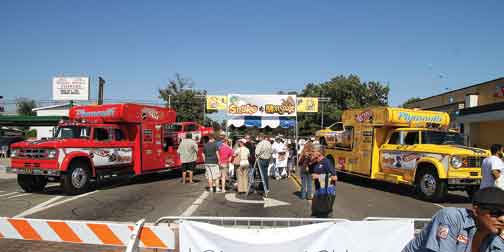 Tom â€œThe Mongooseâ€ McEwen and Don â€œThe Snakeâ€ Prudhomme had their Hot Wheels Funny Cars and ramp trucks on display for all to see and enjoy.

To start round one of the Cacklefest, Phil Leatherman fired up his â€˜31 Chevrolet five-window chopped coupe Wild Thang, powered by a 2,500-hp Arias blown engine. Phil idled Wild Thang into the center of the Cacklefest corral, and after enriching the engine with nitro, launched 24-foot flames skyward out of the zoomie headers. A solo nitro serenade of Cacklefest cars followed the impressive Wild Thang flame-throwing exhibition, as each one was lit one at a time. 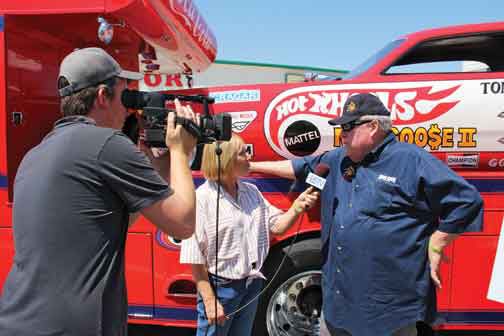 The Mongoose was interviewed for the local television network by Rae Gabelich. The Mongoose and The Snake sign autographs for their devoted fans.

Later that evening as the sun set into the Pacific and the sky filled with darkness, it was time for round two, the final round of the Cacklefest. Wild Thang opened with another vertical flame-throwing exhibition, and then the crowd counted down in unison from 10 as all 15 nitro cars ignited simultaneously, bringing the sights and sounds of Lions Drag Strip to life once again. The earth shook, car alarms went off, store windows rattled and the neighborhood dogs went nuts. The nitro harmony lasted for approximately 15 minutes. It was definitely an epic experience! The Barnstormer was driven by â€œTVâ€ Tommy Ivo and is now owned by Ron Johnson.